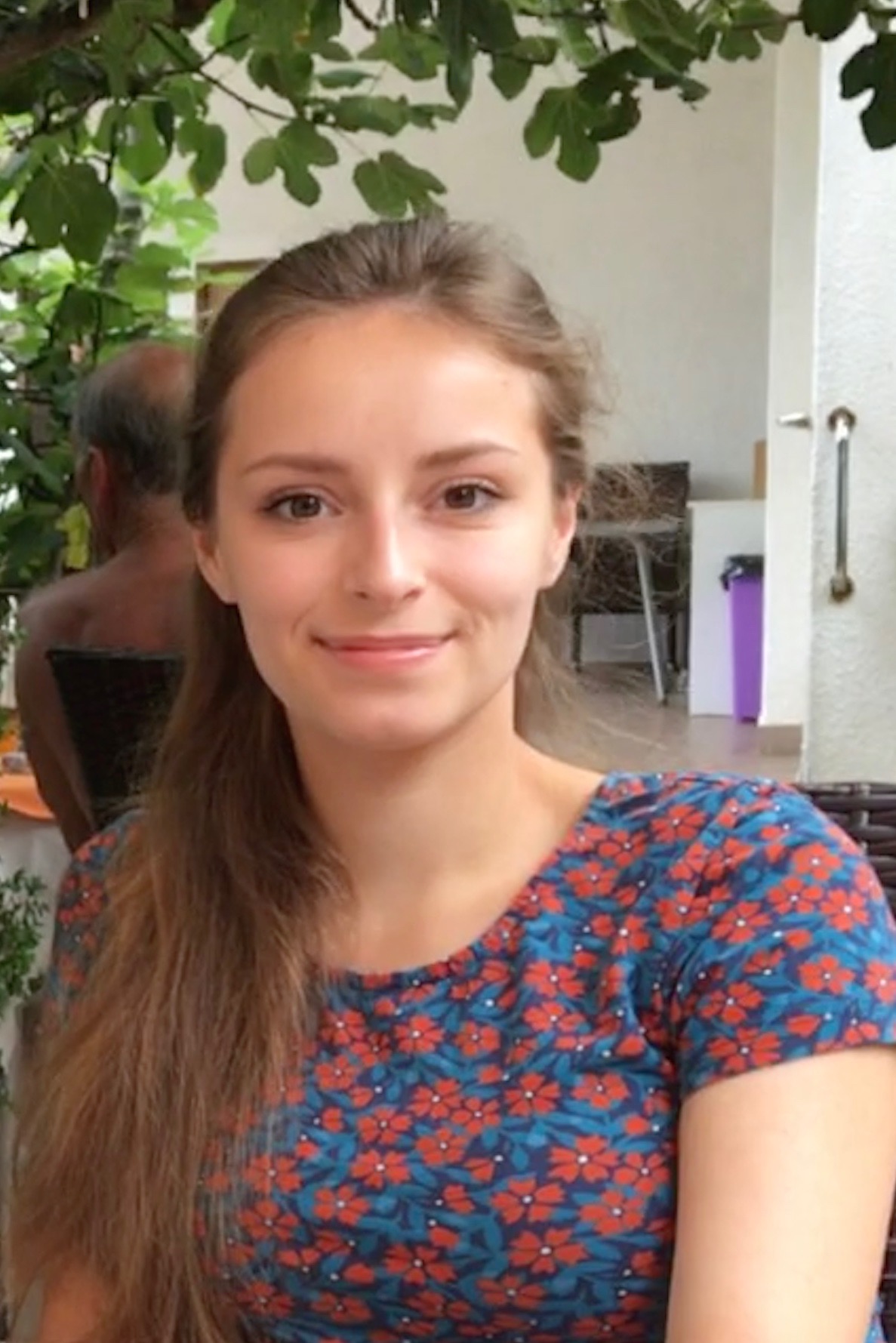 On these pages you’ll find:

TL;DR: I wrote an update to Dan Foreman-Mackey’s template for wrapping C functions in Python.

A while ago I had to wrap some C++ code (belonging to the numerical solver, oscode, I developed) in Python.

My supervisor suggested using Dan Foreman-Mackey’s blogpost as a starting point, and I found it extremely useful. It gives an example of how to wrap a function using the Python-C API and a detailed explanation. However, since it has been posted, Python bumped from 2.x to 3.x, with support for the popular 2.7 having ended in January 2020. As suggested by the change in first digit in the version number, some of the changes are major, including some changes in how one should use numpy in the Python-C API. Numpy is such a commonly used library that I thought it would be worth putting an update out there for anyone facing the (terrifying) API for the first time. It is worth mentioning that a commenter has also thought of doing this, see their code here.

Before we get into the wrapping process, this graph show the overall file structure of this project, which you can come back to for reference. The C++ code’s name is oscode, and we’ll call the Python interface to it pyoscode. 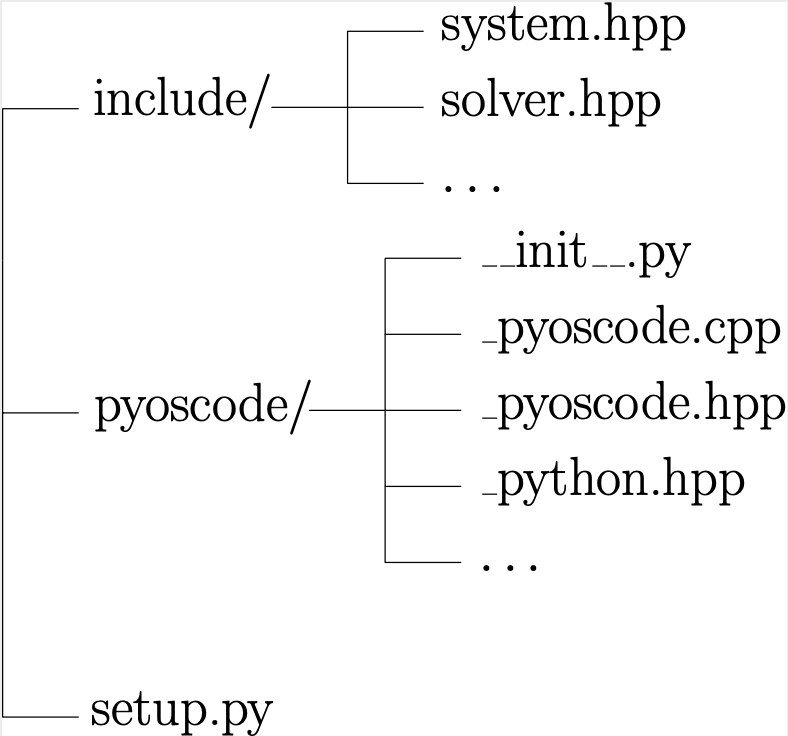 In this example we will wrap oscode, which is a header-only project. This means that all code resides in .hpp header files and for use in C++, one only needs to download these files and it is not necessary to compile them with make. It also means that declarations and definitions reside in the same file, for example in include/solver.hpp:

Let’s run through what the above code does:

Our goal is to wrap the Solution::solve() function, but we’ll have to, in the wrapper, first define the differential equation via the de_system class, then create a Solution instance with the required initial conditions, tolerance requirements, etc., and only then call solve() on that instance.

In our case the wrapper will consist of the following files, whose names start with an underscore by convention:

The only role of this file is to check the version of Python we’re using and set a flag (PYTHON3) accordingly. Other files will include this one to know the value of the flag, which is important because the syntax of the wrapper is different for Python 2.x and 3.x.

_pyoscode.cpp contains the functions wrapping the C++ functionality, and the corresponding header _pyoscode.hpp declares those functions. Some of these functions are special, as we’ll see below. So let’s start declaring in _pyoscode.hpp:

Apart from including the necessary modules (_python.hpp for knowing the Python version, <array> for arrays, etc), here we define a short docstring for the module and for the methods in the module and store them in static chars.

We then have to declare all functions that we’ll be able to call in the pyoscode module. The name of these functions, conventionally, is _<module name>_<method name>, in an attempt to imitate namespaces. The functions take and return PyObject types, which refer to all Python types, from ints to classes. The first PyObject argument, self, points the module itself, args is a tuple of positional arguments and kwargs are the keywords arguments to solve().

We still have to specify the relationship between the module and its methods we declared. As explained in Dan’s blogpost, for more methods, one needs to add more lines like the one following the static PyMethodDef ..., which links the Python calls to the C functions by listing:

In Python 3.x, there is one additional definition to be made, which is of the module definition struct holding all information needed to create a module object. The first element is always PyModuleDef_HEAD_INIT, the second is the name of the module, then the docstring of the module, -1, and finally a pointer to a table of module-level functions, described by PyMethodDef values (or NULL, if there are none). The mysterious “-1” expresses the fact that the module state will be kept in globals, and not in a per-module memory area. The latter would be useful if one used multiple sub-interpreters, e.g. when one wanted to allow more than one thread to be executing at a given time.

We shall now define the methods we declared in _pyoscode.hpp. This definition will be the wrapper of the C/C++ function solve(), and so will be less general and reuseable than the structure of the code above. However, the beginnings (includes, and the definition of the initializing function of the module) of _pyoscode.cpp are still quite general.

_pyoscode.cpp starts with a bunch of includes and definitions:

In the above, PY_SSIZE_T_CLEAN is a macro that needs to be defined before including Python.h (which we’ll do later). When passing sized objects (e.g. arrays), the variable type storing the length of the object is either int, or Py_ssize_t if the macro has been defined. In the future, Python will only support the latter type, so we define PY_SSIZE_T_CLEAN for safety.

The macro definition is followed by including the header files we’ll use in this file, then the definition NPY_NO_DEPRECATED_API, followed by the version of numpy API the project uses (1.7). This definition ensures that the developers have a grace period before changes in the numpy-C API break the code. When the developer updates the NPY_1_7_API_VERSION to NP_1_8_API_VERSION, and they find that some functionality has been deprecated, they can rest assured that their past releases will continue to work and they have time to fix the problems. So in summary, the NPY_API_VERSION should be set to the highest numpy version that’s been tested.

Finally, we include headers from numpy we intend to use, in this case the arrayobject.h, since we’ll be using arrays.

We then define the function that initializes the module, which has a special form that’s different between Python 2 and 3, so we make use of the PYTHON3 flag set earlier:

After initializing the module, we can start wrapping the module’s methods (pyoscode.solve()), which by convention we’ll call _pyoscode_solve.

There’s a lot going on here, so let’s go through it one-by-one:

We’re nearly done. All there’s left to do is to write the Python module’s __init__.py that defines its member functions as they would be called from Python, and then build the module. Since we only have one function, solve(), it is rather simple and is mostly docstring. We must not forget to import, however, the module we just wrote, _pyoscode :).

The build script that compiles everything is the setup.py (or setup.cfg, but with entirely different syntax), which is placed at the top of the directory tree. Let’s see it:

First, we seem to be importing a module named __future__. We aren’t actually importing a module - this is called a future statement. It’s a compiler directive which causes the module to be compiled using syntax/semantics that will be available in a future release of Python, to ease migration to future versions. It’s also useful for when someone tries to import this module from Python 2.7, where words like print, or the division operator had different meanings than in 3.x.

setuptools is the library we use to package this Python project. We declare that we have a C/C++ extension module by constructing an Extension class, and giving it the following keyword arguments:

The basic do-everything function is setup(). We now call this with many arguments (I’ve only included a few, but check out oscode’s repo for the complete set):

And that’s it! To build your package in-place, just run

Together with this blogpost, and oscode’s repository, this should be enough of a guide to help you write C/C++ extension in Python.

What I haven’t talked about

Future post(s) will discuss the following in more detail: